Looking After The Health of Your Bathroom 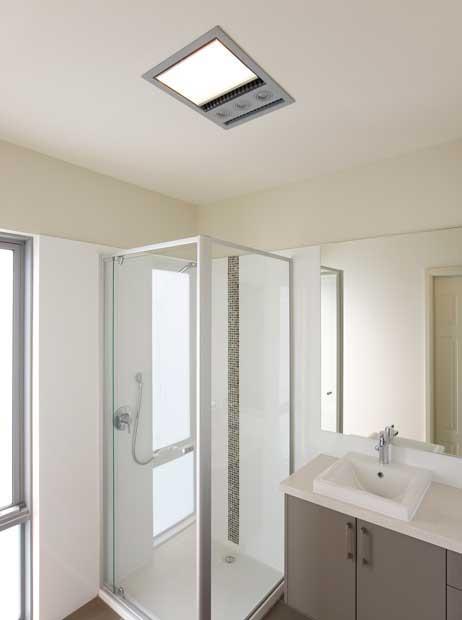 Ventilation is a tough job in a bathroom - they are rooms that just can’t help getting wet. However, the right ventilation or exhaust fan system can keep even the busiest bathroom moisture free and healthy.

Although moisture is inevitable in a bathroom, it’s imperative that it can be quickly and easily removed. Excess moisture not only makes bathroom surfaces slippery and dangerous, but over time, it can damage these surfaces and cause dangerous mould build up.

Ensuring that moisture is under control is as simple as choosing to install the right bathroom ventilation system. The Tastic uses a powerful exhaust fan to ensure that moisture is removed quickly, and that your bathroom is safe and easy to maintain.

Airflow is essential to the workings of the IXL Ventilation system. The exhaust fan in the Tastic needs airflow to remove steam while the shower or taps are running. This airflow should come from an inlet such as an open window, from under the door or via a ventilation vent. To make sure that your bathroom exhaust fan is able to work as efficiently as possible there should be a clear ‘path’ for the airflow from the inlet, over the shower or taps, to the fan.

Combining a ventilation system with proper airflow is the best basis for a healthy bathroom and should be a priority for any bathroom design or renovation.

Outdoors, mould is a valuable part of our eco-system, helping to dispose of organic matter. When it comes indoors, it’s a different story.

Damp conditions provide ideal growing conditions for mould and besides being unsightly, it’s also dangerous. It causes problems for people with respiratory conditions such as asthma, or allergies such as hay fever or rhinitis. Any mould build up must be removed and the cause of the accumulation remedied.

There are many available commercial cleaners mould removers, but be warned! Some are prone to merely bleaching the mould, while not actually removing it. Instead, good old-fashioned vinegar is an excellent way to deal to mould. If you’re attacking a mould outbreak, make sure you wear a mask to protect yourself from the spores.

Once the mould is gone, you need to address the cause. If it’s inadequate ventilation, you’ll suffer from the same mould issue until this is properly addressed. Locally made IXL Ventilation systems are designed for humid local conditions and are an excellent solution for a mould situation.

So, whether you’re building from scratch or looking for a solution to an existing moisture problem, a hard-working ventilation system is a must. The IXL range is a stylish but effective choice, looking after the health of your family first.